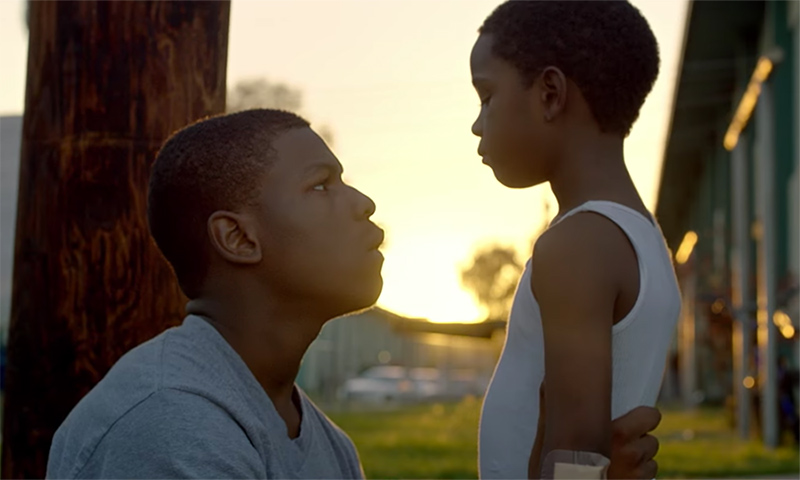 Like many people with marginalized and intersecting identities growing up in America, I didn’t meet very many diverse protagonists in books and on screen, so I just consumed whatever was put in front of me. In fact, my first exposure to any narrative centered around the Chinese-American experience was Amy Tan’s The Joy Luck Club my sophomore year of high school, where I found most of the familial relationships to be disingenuous to my own community.

The only non-white authors in my AP Language and Literature courses were Langston Hughes and Zora Neale Hurston; I didn’t even know that Asian American playwrights existed until I read David Henry Hwang. Even in college, when I decided my academic focus was going to be on issues of race and representation in popular media, it ended up centralizing on the lack of representation—how frequently white bodies displace bodies of color through whitewashing and claims of “artistic license”. I became, ironically, more well-read on whiteness in American film history than I was on nuanced representations of people of color.

Despite the growing diversity of the American population and an increasing number of African-American, Hispanic, and Asian-American cinema-goers, popular films and television haven’t seen a significant and lasting increase in the past few years. For every Star Trek Discovery, there is an announcement that leading actors of color are leaving a long-running show due to being underpaid compared to their white co-stars. 2016 was a comparatively exceptional year for diverse entertainment, but it’s always doubtful if such trends will continue. Nevertheless, buoyed by some of the artistic experiences I enjoyed last year, from Hamilton to Hidden Figures, I decided that in 2017 I was going to do something I’d never done before and center my media consumption experience entirely around people of color.

This is both an easier and more difficult undertaking than it sounds–most American viewers are inundated by choice, yet many of us fail to distinguish what’s popular with what fulfills us as an audience. In Erwin Panofsky’s 1936 essay “Style and Medium in the Motion Picture”, he presents a curious paradox: “Hollywood believes that it must produce ‘what the public wants’ while the public would take whatever Hollywood produces.” The longevity of this observation has always resonated with me; almost a century ago, critics were already commenting on the uniquely co-dependent relationship between film and viewer, industry and consumer.

In practice, this meant putting my money and time where my mouth was. My rules of engagement were simple. I would pay to watch a film or tv show if at least two out of three of these conditions were met:

These rules applied to movies I decided to see in theaters, as well as subscription streaming services such as Netflix, Hulu, and CBS All Access.

Here are two of the major observations I’ve made so far:

1) I’ve saved a lot of money on movie tickets. Logan and Beauty and the Beast were among the films I unfortunately had to skip this year, which is partially a shame, because a lot of people in my network were excited to discuss them. However, that extra cash went to good causes like second viewings of Hidden Figures and Moonlight, and to new features such as I Am Not Your Negro (which was not fiction, but remains required viewing for all non-black audiences).

2) Netflix has a strong collection of POC-led features, if you know to look for them. Instead of choosing whatever was being heavily promoted “above the fold” whenever I booted up Netflix, I spent a lot of time diving into its dozens of genres, reading the summaries of features I was interested in, and researching the productions thoroughly before committing. Most of the films and shows in the next paragraph fulfilled all three of my conditions.

Sacrificing spontaneity paid off; over time, Netflix’s recommendation algorithm got wise and began to surface more quality, contemporary POC-driven works upfront. Imperial Dreams, Southside With You, and Queen of Katwe were stand-outs that Netflix recommended one after the other; Imperial Dreams paired with the incredible documentary 13th made for a particularly impactful learning experience about the oppressive nature and cruel realities of America’s modern mass incarceration system. There are also myriad opportunities to watch diverse, comedic ensembles sparkle, whether it be network shows like Jane the Virgin and Being Mary Jane, or Netflix Originals like Master of None and The Get Down.

Even with features that I found a bit lackluster, the writing and production value were often higher than I would expect of their conventional counterparts because there is inherently a higher level of risk involved in producing works that target diverse demographics. One of the great pressures facing marginalized artists is creating work that, regardless of intent, always comes to represent the experience of their community because there is such a dearth of diverse voices in mainstream media. The accessibility that streaming platforms affords us to counteract that phenomenon is invaluable.

I’m looking forward to completing a in-depth retrospective when the year is up, but ultimately, the main benefit of watching only POC-led media so far has been that I have become a much more thoughtful and confident consumer. While it was tedious in the first few months to painstakingly research every new piece of media I picked up before pressing “play” or heading to the theatre, knowing that I am consciously supporting marginalized artists with my money and attention makes each decision a stronger one. Art and entertainment are some of the most influential forces shaping our society, but it’s something that too often influences us without us attempting to influence it in return. There is no one singular experience of being a person of color in America, which is why we all need to deliberately seek out those diverse narratives and support those who are striving to have their voices heard. Each time we’re given a story that allows a character of color a full range of emotions, expression, and action, we see the people they represent in everyday life as more complex and human.