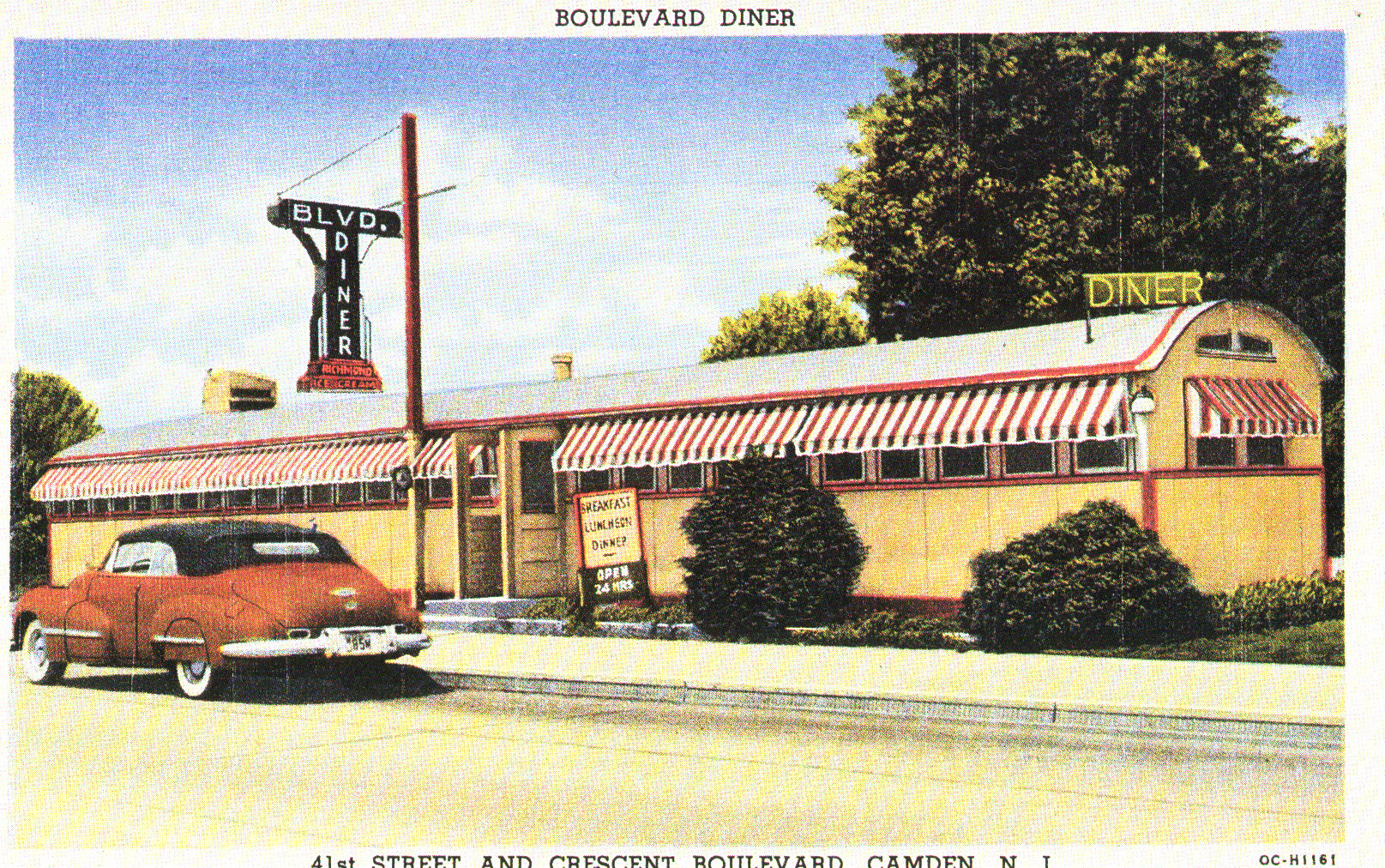 I’m going to jump in on this debate about “Make America Great Again,” largely in order to talk about how we have constructed this idea of a time when the United States was some perfect union. Let’s assume that America has never actually been great, considering the amount of racism, sexism, ableism, classism and xenophobia that pervades our history and policies. If this is something that does not make sense to you, I would recommend looking at Howard Zinn as a base level of understanding or heading to Google.

A lot of times when conservatives talk about how great it was in the Good Ole Days, they either refer to the American Dream (two kids, two cars, house in the suburb, hot white wife wearing pearls) or the rough and tumble era of the Revolutionary Era (when people died of the flu and wore scratchy wool that was never washed.) Today, let’s talk about the 1950s and how that idea was made possible in part with postcards.

Postcards are photographs, or printed versions of photographs, of a relatively standard size of 3.5 inches by 5 inches. They became a thing after the 1893 Columbian Exposition in Chicago and really exploded after 1898 when it became much cheaper to send them. People quickly began to send them, with around 750,000,000 sent in 1906 and in 1913 968,000,000 sent. Nothing has really pervaded American Society until this point.

As postcards have always been cheap and plentiful, it’s a great way to look at American culture. They were also made in order to advertise or memorialize a place. Ever since the beginning, they have have been the center of how (White) people document their trips and adventures.

Companies knew this was a great way to make money: they would sell a huge set of postcards for very little to every pushcart and corner store vendor in towns from New York to Leonidas, Michigan. They started to create very idyllic visions of these scenic places in order to draw in more tourism. As noted by Theodore Dreiser in Hoosier Holiday, pretty much every bridge and nice hill in the US near a highway was documented.

People wanted you to come to their town. They wanted you to know that they were also worthy of your time and money. So they created this visual imagery of a time gone by, where the United States was untrammeled by people and (White) civilization. They coupled this with images of downtown Littletown, USA that was full of modern buildings, prosperity and clean streets in order to create an ideal of luxury coupled with the adventure of seeing a different place.

People wanted you to believe they were modern. They wanted you to come and spend your money in their hotels, restaurants and farm stands. This along with people being able to afford cars, meant more people were going beyond the railroad lines that once were the only way to travel. They were visiting and sending post cards in huge quantities. And many Republicans grew up with this idea that the 1950s was the best time to be alive. Postcards, to them, support this claim on face value.

In the 1950s, there was an aura that being an American was fabulous and definitely better than living in any other country. Postcards in bright colors, with no garbage or crime, sent in masses seriously helped this flawed claim. While it is likely true that living in the U.S from 1945-1960 was likely much better than being in Germany, France, Poland or the UK, it isn’t the whole truth. It’s only the truth for white men, which is unsuprising considering white men tend to vote more conservative than other demographics.

So I can see why Republicans can look back on the imagery of postcards from 1900-1950 and think, “oh how great life was then.” Yet as a historian-adjacent, I can see the lie in it. Postcards were made to sell ideas about travel and  freedom. They were not designed to sell you the reality of living in a small town or a crumbling city. Or being a person of color or woman in a world entirely dominated by white men.

People have always complained about how the U.S is losing its heritage. In 1910, people thought cars were destroying regionalism that gave the US its flavor. In 1863, Confederates thought that freeing slaves was an offense to their way of life. Loyalist Americans thought breaking away was an offense to America’s colonial heritage. So this is really nothing new, America is not going to be made Great Again. It’s a marketing ploy by people bending history to their will.

2 comments on “When America was supposedly great”