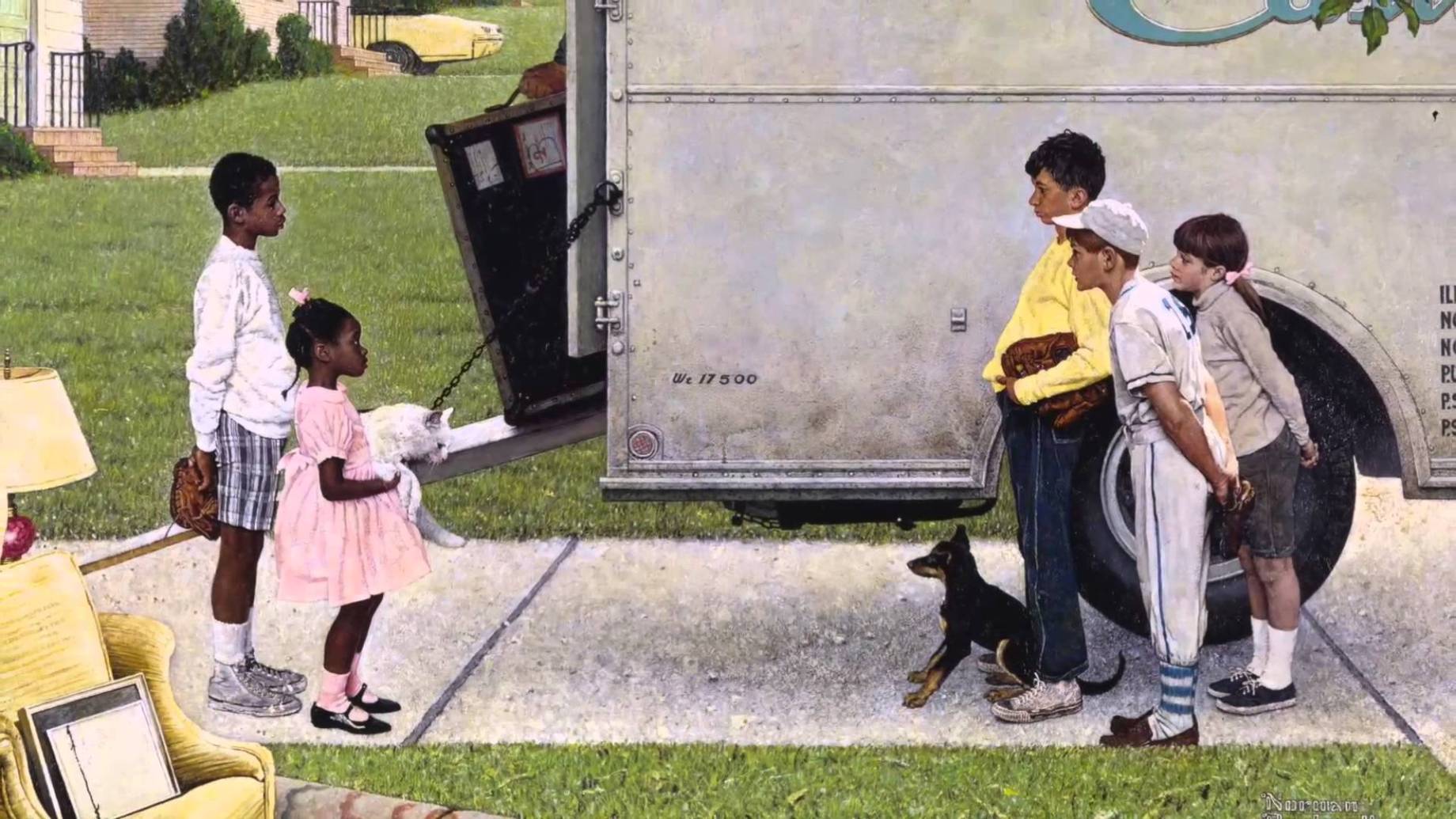 Believe it or not, the holiday season is upon us. It is at this time of year that without fail, we look back towards to older pieces of art that act as what I think of as visual equivalents of hugs. Collectively, these works comprise the Cult of the Holidays that urges us to remember simpler, slower and kinder days of yore. They are meant to inspire nostalgia for home and family at this time of year. Currier and Ives Christmas cards are synonymous with tradition and sentimentality while the illustrations of Norman Rockwell’s paintings Most recently, the narratives they portray have been put on a pedestal by certain political groups as the ideal from which we have lost our way in today’s fast-paced world of violence and social unrest; they are aspirational images. But are these depictions of the past that we prize so much really all that accurate of their time? And should we be idolizing them at all?

Based in New York City from 1834-1907, Currier and Ives were lithographers self-described as “Publishers of Cheap and Popular Prints”. They were harnessing the new technology which could allow them to mass prints quickly which in turn made them cheap to purchase. While the printmakers depicted a variety of scenes of American life and history, they are most known for their wildly popular Christmas cards, which have become iconic in American culture. Their most well-received prints portray sleigh rides, winter landscapes and small towns covered in so. In many ways, this mass dissemination of images could be thought of the 19th century equivalent of social media. It is ironic that while their most popular prints showed pastoral winter landscapes, their endeavor was contingent on new technology and growing populations-characteristic of Industrialization and very much at odds with the subject matter.

By the mid-century, Norman Rockwell’s paintings of American life are perhaps the most iconic and works of illustration of their time. Based in various New England towns, Norman Rockwell (1894-1978) produced images both as propaganda for the war effort during WWII as well as covers for The Saturday Evening Post, which numbered over 321 at the time of his death. He portrayed vignettes of small town American life as well as monumental paintings of the founding fathers. The tone of his works range from tongue-in-cheek to more somber portraits to covers meant to inspire immense patriotism and American pride. His most iconic works is a series of four paintings commissioned during WWII called “The Four Freedoms” which depicted the Freedom of Speech, Freedom From Want, Freedom of Worship and Freedom from Fear. Freedom from Want is often trotted out at Thanksgiving each year as the paragon of the holiday spirit, the parable of the family coming together to share a meal.

The works of both Currier & Ives and Rockwell are meant to inspire us. Scenes of wintertime in small towns are meant to inspire sentimentality and a return to tradition and Rockwell’s propaganda and covers are meant to inspire hope for the future and love of country. In both instances, the images that became most popular tell very specific narratives about a very specific demographic. Currier and Ives instill feelings of sentimentality for those who have emotional ties to small towns at Christmas or those who wish they did. But what about those for whom neither is true? While some of his works do touch on racial dynamics, Rockwell’s prints feature predominantly white subjects in suburban settings which would then fail to acknowledge the experiences of people of color and those in urban settings who could not relate to having a soda pop with a police officer and being in towns where everyone knows your name. We hold these images as the standard of how we want things to be but undeniably not everyone had these experiences or memories to begin with.

The hope inspired by these works and the fear inspired by our contemporary rhetoric are incredibly strong motivators. Perceived greatness or lack thereof is intrinsically related to the identity of the viewer. It is not hard to imagine that there were people for whom these works of art did not portray their experience and did not inspire any feelings of sentimentality or patriotism. By tailoring their narratives, the above artists capitalize on a sentimentality for a country that does not really exist-this is artistic liberty. It is our responsibility now to be aware that we use their work to feel sentimental and nostalgic for a past that did not exist exactly as portrayed and was only available to privileged demographics. To take these images as the complete picture is to misremember the past for only the good and wholesome and to forget the ugliness that existed there too. Today when we see images of violence, hear speeches of vitriol against fellow Americans and how behind and lacking our country is we should bear in mind that that may also not be the complete truth and nothing but the truth.

Cover Image: “The New Kids in the Neighborhood” by Norman Rockwell

4 comments on “When was America Great, again?”