Ghosts are not the stuff of fairytales. Vibrant personalities leave their impressions on the places they inhabit. Many of these spaces suffer destruction, alteration, redecoration—look at any number of “home museums” and you’ll find period furniture, recreating the ambiance of a place and time.

The Isabella Stewart Gardner Museum looks a bit like a haunted house. A tall, red-brick Italian-style villa dropped prettily next to the Boston Fens, it gives the impression of a visitor stepping in from another time and place. The mansion’s tall double doors look out, as they have for over a century, onto the marshy fenland. Several years ago, the Gardener closed those doors forever, changing the museum’s entryway by knocking down the little carriage house and erecting in its place a modern glass-and-metal addendum to the palatial brick-and-terra-cotta structure. This is the only way to expand the museum: the house itself, in accordance with Gardner’s will, cannot be touched.

The visitor follows a glass corridor through the garden. Then relative darkness closes in, a ceremonious entrance into the medieval gloom of the museum’s iconic first floor.

The villa’s colonnaded atrium stretches four stories toward the sky. In a city beleaguered by winter, Isabella Stewart Gardner’s villa seems perpetually—as the museum’s advertisements have it—enchanted by springtime. Masterpieces by Titian and Veronese, Sargent and Zorn, Botticelli and Rembrandt cluster on the upper floors. An Italian lady’s intricately painted litter reclines under a ceiling painted by Veronese. Antique fireplaces transported from their European castles and manors loom impressively, and pews from distant churches line tall corridors. It’s no wonder that the house still retains the careful, attentive touch of its mastermind curator, Isabella herself. As per her will, this highly individual museum has remained largely unchanged since her death. If her aesthetic wishes at the time of her death are not honored, the entire collection must be auctioned along with the villa and the funds gifted to Harvard. Isabella ensured that as long as the collection was a collection, it would be hers, just as she assembled it.

Familiarly called “Belle,” Isabella Stewart Gardner was a force unto herself. She was “not a woman, [but] a locomotive—with a Pullman car attached,” to Henry James. She was “the idol of the men and the envy of the woman” to a Gilded Age New York society paper. She was a friend and then a model for John Singer Sargent—four times—and a figure of fascination, who conquered eccentric artistic social scenes—or depending on the narrative, masterfully acclimated herself to a more eclectic creative circle, which included personalities like Sargent, Bernard Berenson, James McNeill Whistler, and Henry James.

Gardner, as depicted in Shand-Tuci’s biography The Art of Scandal, is described as smoking cigarettes and wearing large spring-mounted diamonds in her hair like insect antennae. She’s a woman for whom a dahlia is named and who noisily supported her Boston sports teams.

Hers is a life, notes the Diane Wood Middblebrook in reviewing that biography, well-suited to gossip. After the tragic loss of her son when she was twenty-five, she also abandoned conventions imposed on women of her class. Hers was a life nobody but an independently wealthy, upper-crust, well-educated woman could have lead.

With her more than comfortable inheritance, she undertook a devotion to traveling widely and collecting—collecting broadly, exquisitely, and at the highest echelons. Originally called Fenway Court, the fifteenth century-style villa was a center of the city’s culture, and Gardner herself took up residence in an apartment on the museum’s fourth floor, perched above her precious treasure trove. That space is now taken up by conservation suites and museum offices. Gardner, though, it could easily be said, is still very much in residence downstairs.

It is her we encounter, her hand keeping the garden perpetually green and arranging the yellowing presidential letters in their velvet-covered cases, the life casts of musician’s legendary bow hands, the personal letters from T.S. Eliot to “Mrs. Gardner,” and the prettily twirling lettering on Marie Antoinette’s official correspondence. On her birthday every year, a memorial Mass is still said in the shadowy chapel on the third floor. If the visitor seeks a sense of the genuine—an imaginative leap in time from the present to a glamorous, Gilded past—one could do much worse than visiting Belle’s house of wonders.

But Isabella is far from the only famous woman collector still, in a manner of speaking, at home. Gardner  is rivaled perhaps only by Peggy Guggenheim as a curator and hostess still guiding visitors through a personal, world-class collection.

The Peggy Guggenheim Collection, armed with its iconic name, is a low white building sitting palely beside the threatening waters of Venice’s Grand Canal, shorter than the more antique buildings to either side of it. Its veranda sits just above the waterline. You can see the water’s dark shadow lapping and climbing against the mooring posts in its watery front yard. This is the Palazzo Venier dei Leoni, a true Italian villa, transformed from Guggenheim’s private home to premier gallery, containing a vast and well-honed scope of modern twentieth-century art. During the roughly thirty years she lived in the house, Guggenheim opened its doors seasonally to the public, from April to October, exhibiting her collection of modern art. Today it is the most-visited site in Venice after the Doge’s Palace.

Guggenheim collected in the opposite vein—in style as well as methodology—than Gardner with her sportswoman-like energy in the hunt for a piece. Rather, with the help of Herbert Read, and later Marcel Duchamp and Nelly van Doesberg, Guggenheim planned a comprehensive catalogue of significant modern art. She resolved to buy “a picture a day”—WWII notwithstanding. During her life her collection traveled to New York to shine in conjunction with her famous uncle’s, whose mining fortune enabled him to conceive, collect, and construct New York’s own Guggenheim Museum. Peggy established herself in her rendition of a Guggenheim museum in the Palazzo Venier dei Leoni in 1949. Just like Gardner, Guggenheim intended to and opened her home as a museum during her life. That function still carries on, now year-round.

Guggenheim was a true bohemian socialite. She did not disguise her liaisons with casual lovers and claimed many affairs besides, including Samuel Beckett and Max Ernst. Her first marriage was to a Dada sculptor, Laurence Vail, whom she divorced in 1928. Max Ernst she married in 1941, and divorced swiftly in 1946. Like Gardner, Guggenheim’s inheritance made her independent in all practical senses, and her flamboyant verve made her a force unto herself.

Unlike the Gardner, the Guggenheim has transformed over the years, apartments converted into galleries and shops and a café. It is not the precise time capsule that Gardner left for Boston.  But the sense of history in its walls, the personality of the collection itself, and a dedicated sense of having been inhabited remain. Guggenheim’s bed still sits neatly in one of the galleries facing the Canal, surrounded by her meticulous collection.

These are both powerful women, and powerful specters. Both left directions that their collections be (in Guggenheim’s words) left “intact and on display” and (in Gardner’s) “forever.” (Both of these requests would eventually lead to legal action or threats of legal action against perceived alterations.) Both Gardner and Guggenheim were exceptionally wealthy, socially elite, white women, whose home-museums were kindled into brilliance by their own irreverent, larger-than-life personalities and dedication over decades. Both women also operated outside of neat social conventions.

Both of their homes are expressly female spaces, deliberate sanctuaries for artwork, assembled by two of the last century’s foremost champions of contemporary artists.The collectors themselves were also, each in their own way, enfant terrible, to borrow Guggenheim’s phrase in a 1969 public radio interview—that is, personalities that push back against the socially expected or the socially acceptable

Both home museums were also expressly independent projects, undertaken by their curators. Gardner only commissioned Fenway Court after Jack Gardner died in 1898. Even during her husband’s life, Gardner could not be said to have been under “direction”: she made what the New York Times calls “dramatic coups” in collecting while under the disapproving eye of her husband, who suspected her notorious middleman of financial dishonesty. Guggenheim, for her part, was at the helm of her endeavors, surrounded by her network of artists and scholars and bank accounts.

And both museums, in their respective cities, have the distinction of standing, specters and all, within spitting distance from major traditional museums. The Academia overshadows Guggenheim’s palazzo from just down the Canal. The Museum of Fine Arts, Boston, stands in imposing white stone in the line of sight from Gardner’s front door.

The conventional galleries of these whale-sized museums are monumental and encyclopedic, dutifully covering centuries in chronologically organized wings and corridors. They comprise expertise and narrative and scholarship—disparate curators over disparate decades. Beside them, Gardner and Guggenheim’s personality-driven museums possess something more like consciousness.

Edward Hollis calls collecting an “act of memory,” creating a memory palace of objects that will remain to reflect the power and taste of the person who assembled them. Gardner and Guggenheim’s collections surely are also an act of self-portrayal, an act of memory. But they cannot be purely private: these were always public collections in some form or another.  Such houses as these museums suffer disasters, re-sellings, re-modellings, changes in fashion, changes in mood. They “pertain to a specific social class, of a particular philosophical complexion, at a particular moment in history,” as Hollis has it. So often lost to time, the sense of personalized space has rarely been so well preserved as in these grand houses.

So when a house steps out of time—startlingly present in its glamor and its personality from a bygone time—our imaginations snap to attention. An Italian villa on the Fens,  a trove of elegantly modern art in an ancient fairytale of a city.  Rather than saying haunted, perhaps it would be more accurate to say that both curators still hold masterful sway over the stimmung of their public homes. These are not the monumental family-scale memorials of, say the Newport mansions or the Frick Collection, but intimate spaces presided over exclusively by the women of the house. They inverted traditionally domestic, feminine, enclosed and confining spheres into public and powerful ones. The two, public and private, occur simultaneously.

While it may be tempting to say that both these vibrant women with their expansive public personae are now eternally playing hostess—that privacy was sacrificed for prominence—these two particularly feminine and pervasive hauntings demand a more nuanced sense of memory. “The lady of the house” is still at home. But perhaps we might understand these women as specters only within our own experience of their respective memory palaces. They are remembered dramatically, unreliably, through the lens of their power to construct remarkable sanctuaries for the High Culture of their moment—via wealth, connections, and pure drive. Their houses are richly personally, an alchemical combination of their own aesthetic and their pull on the culture surrounding them.  The houses are as much celebrations of the curators’ ability to bring their moment into a meaningful shape, as they are expressions of the women’s power to preserve their own vision of that moment into the future. 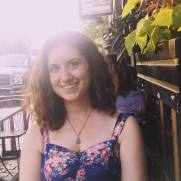 Alison Lanier is an editor at Critical Flame. A Boston-based writer and graduate of Wellesley College, her writing has appeared in Atticus Review, Burningword, and Origins, as well as in Counterpoint Magazineand The Wellesley Review, where she also served as editor.