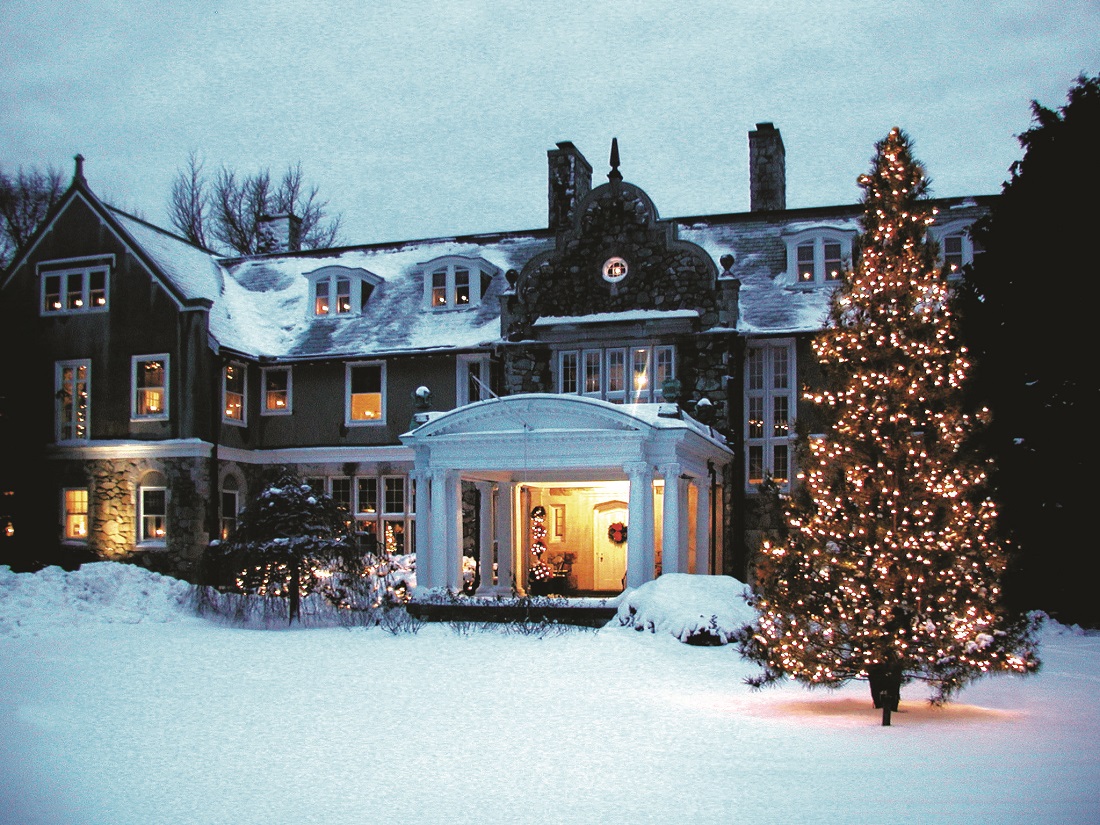 During the holidays it is customary for us in the States to make our seasonal sojourns home, either to families and friends or simply to have a short respite from the work of our everyday lives.

Considering the home is how I first fell in love with the study of architecture and I still find domestic architecture to be compelling now, several years later. Our very first assignment for my first architecture class was to simply describe the spaces in which we

grew up, followed by a roundtable discussion in which we just talked about them. While there was the discussion of the formal elements of the house (how many floors did it have? rooms? what materials were used?), I really remember hearing people tell me about their family structures, memories they had that made their houses seem like homes instead of just buildings to live in, the cities in which they grew up. It was at that moment that I realized how much buildings can say about not only their designer but also the people they are built for and their needs and desires. To this day, I think that class session remains one of the most personal that I’ve had in my art history career.

It was at that point that I realized how intimately designer and user were linked in this particular discipline. Of course in other artforms there is a relationship between creator and viewer, but this connection is so much more conspicuous.

For living spaces in particular, the building needs to accommodate the needs of the user to a certain extent (and failure to do so happens to be one of my biggest pet peeves in architecture). These spaces can not simply be “grand” or “dead” spaces-they can certainly make a dramatic effect, but at their core they must be functional.

Over the course of that class, the fundamental questions that I would continue to consider about all buildings emerged. What materials were used? Are they regional (and vernacular) or universal? Are they ‘natural’ or industrial? How large is the building? How many people can this space accommodate? Was this space designed with children in mind? Which rooms are biggest? Are they actually the most important? What about its relationship to nature-is it integrated into nature or separated for some reason? Can you hear the neighbors? Can you see the neighbors from this chaise lounge? For my classes in particular, we also considered aspects of furniture design (what makes a good chair? how does one re-invent the chair?) and questions about whether it was significant that there was built in shelving in a particular house or not.

Fundamentally, what we as architectural historian are asking is the following: How do we live? And what does that say about us both as individuals and societies?

What I find most compelling about architecture in general is that the built environment is the art that we sometimes forget to think of as art, because we are busy living our lives in it. Sometimes we forget that someone took the time to design a building or that someone else paid for them to do so, probably because it seems like they have always been there. We spend so much of our waking hours in built environments that in many ways they subtly fade into the background (our everyday theatrical sets if you will), but they affect us whether we realize it or not. Time and time again I had heard the adage “form following function” in my Biology labs, but it is this interplay between the two that continues to capture my curiosity in architecture, and come back to (my philosophical) home.