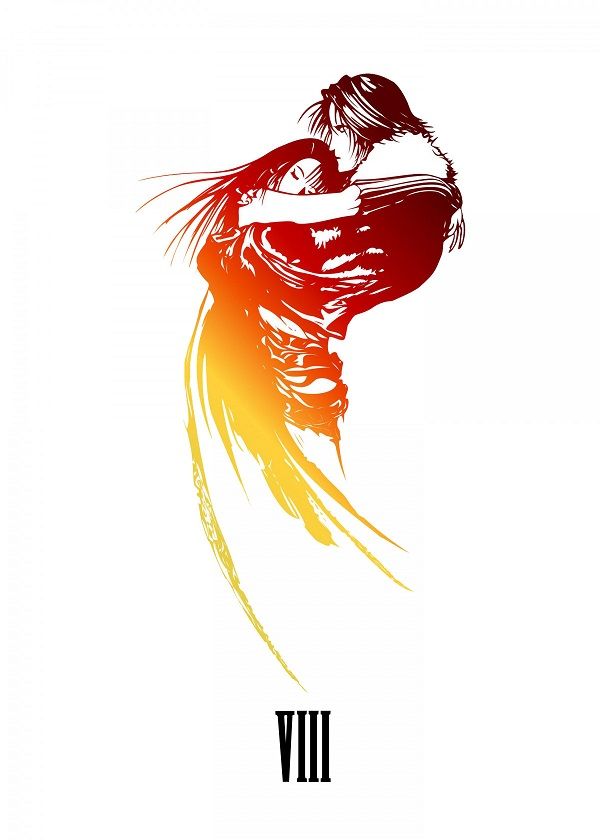 Written by guest contributor Hayley Garden, this post is the fifth in a series that discusses the role of female characters in the Final Fantasy franchise. Check out our artist interview with Hayley!

The year was 1998. Final Fantasy VII was a cultural reset. Squaresoft had unlimited resources and the unadulterated goodwill of the gaming community. They had one job. What was it? Create a game better than the biggest roleplaying game of the late 1990s, a game so iconic that it helped usher in a new era of heights to reach for in game development. And what did they do? They broke everything. Final Fantasy VIII tore apart everything fans thought they knew about the series in a way that reflected the jump between Final Fantasy I and Final Fantasy II in the late ‘80s. Final Fantasy VIII is the most polarizing title in the history of the franchise, second only to Final Fantasy XIII. It has its ardent supporters, but it also has its equally ardent naysayers.

Final Fantasy VIII is an odd game. The gameplay has a steep learning curve, the visuals lean harder into the steampunk, sci-fi aesthetic than ever, and the overall feeling is much more realistic compared to the stylized counterparts of the previous installments. The game’s narrative also introduces some firsts to the franchise from a story standpoint, most notably being the presence of a love story between main characters Squall Leonhart and Rinoa Heartilly, which drives the plot in a major way.

Romance is no stranger to Final Fantasy; with a couple of exceptions, there have been romance subplots woven into every game since Final Fantasy IV. However, no game commits to its romantic storyline the way Final Fantasy VIII does. In all aspects of the game save for the mechanics, the romance is prioritized. The love story drives the plot forward. Long-time series composer Nobuo Uematsu wrote a pop ballad called Eyes On Me as a romantic theme for Squall and Rinoa. The song covers the themes and characters of the story very well. Sung beautifully by Faye Wong, Eyes On Me was a hit amongst gamers upon release. Even the game’s logo, which always depicts a theme of major importance to the story, is of Squall and Rinoa in an embrace.

Rinoa, the main female character, is caught in the middle of this whirlwind romance with the broody, introverted Squall. Despite that, she has moments throughout the narrative where she exists independently of him. Rinoa does not attend Balamb Garden, the mercenary school that Squall and the rest of the characters attend. Instead, they meet her on a mission to free Rinoa’s hometown from the oppressive Galbadian empire. Rinoa is a member of the Forest Owls, a resistance group working towards that goal. She hires Squall and his friends as mercenaries, and together they work together to defeat one of the game’s main antagonists, Sorceress Edea. When the mission fails, Rinoa joins Squall’s crew permanently. As the story progresses, she falls in love with Squall. However, Rinoa also finds herself in situations where she has to be rescued by Squall, and she does not have the same amount of agency in the back half of the game as she did in the front half. She is either in a coma, possessed by an evil sorceress, or both at the same time. This helps propel the romance along, as it gives Squall the opportunity to fall back in love with her, but it is ultimately at the expense of Rinoa’s agency. At the end of Final Fantasy VIII, the two share a kiss, confirming their relationship. Like Final Fantasy VIII itself, Rinoa is a polarizing character. Some love her, and find her arc from pacifist to mercenary inspiring and realistic, while others find her rife with cliché damsel in distress stereotypes. In an attempt to give Rinoa some more depth, a popular fan theory arose. This theory posited that the time-traveling sorceress Ultimecia, the final boss of Final Fantasy VIII, was actually Rinoa from the future. This version of Rinoa is one who fully succumbed to the darkness of the sorceress magic. However, the theory was debunked by game director Yoshinori Kitase.

The hyperfocus on romance in Final Fantasy VIII is new territory for the franchise. Never in the history of Final Fantasy had a character such as Rinoa Heartilly been so fully defined by a romance. While it allowed for the writers to explore a different angle in their story, it came at the expense of Rinoa’s individual character arc, and resulted in a very divisive experience among fans. It can be tough to balance a well-written romance with an individual character arc for any character, and I felt that Final Fantasy VIII did an alright job. Rinoa was a fun character with tons of spunk. Her romance with Squall felt genuine, and I was invested in them overcoming their odds together. However, it was disheartening to see Rinoa be reduced to a damsel in distress. It felt like the story was unable to follow through on what had been set up for her.

The Final Fantasy franchise does not have a romantic relationship as the major centerpiece for a game’s plot and themes in any of its other games going forward. There are meaningful romances between major characters in most of the games that follow, but never to the scale of Final Fantasy VIII. This was a smart choice on behalf of the developers, as the romances are much more compelling when they are less prominent.