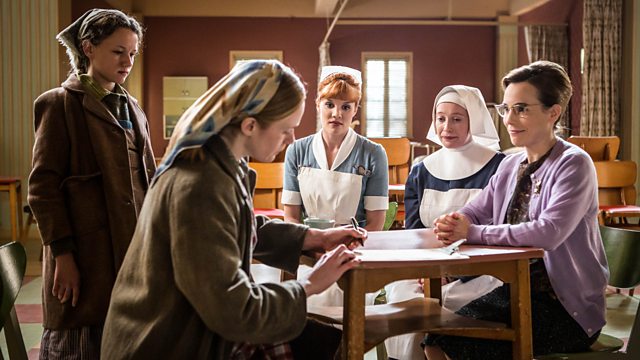 I am a millennial: eating that avocado toast, being unable to afford a home, and watching entirely too much Netflix. I often find myself in the section of Netflix of period dramas because I love that they tend to focus on the stories of women. The characters are relatable, the set design has to be well done to be convincing, and the costumes are my life goals. Yet, one always rises above the others, Call the Midwife. 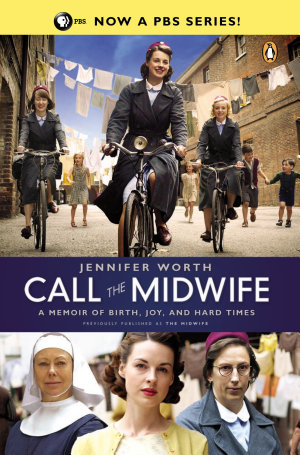 It must have been in 2013 that I heard about the show, from a friend who was watching it with her host family while we studied abroad in Spain. It wasn’t until 2015 that I really fell in love with it.  It was after I had read A Midwife’s Tale: The Life of Martha Ballard, Based on Her Diary, 1785-1812. Call the Midwife seems like a natural follower. The show is originally based on the memoirs of Jennifer Worth, a midwife in London in the late 1940s and 1950s. They are not always warm, and talk honestly about the struggles of poverty in the East End. There are several episodes of death, abuse, racism, classism and serious sexism. BBC One made the books into a television show, and the first seasons focus on her stories. Yet, when they reached the end, Jennifer leaves to do “other work” and the show continued.

I include these details to frame why I love these stories, because the focus is on the lives of women who shaped their community through honest, pragmatic  and thoughtful work.  By being nurses to what was then the poorest of the poor in London, they are intimately aware of their community and where it struggles. (And also where it thrives.)They understand the needs of the people around them, and often find the best solutions to help people have more stable lives and communities. 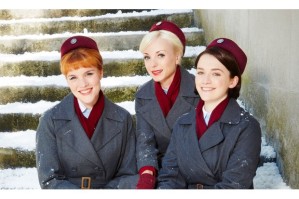 Coming from a Peace and Justice Studies background, this kind of the work I think is often best suited to actually provide systematic change. People swooping in with tons of money but very little knowledge about the area very often just worsen the situation. (Seen in pretty much every United States military involvement.) It’s usually when communities work together that they build the social capital necessary to move forward. You can see this in Call the Midwife, for example in episode 7 of season 4, where a nun convinces the police to wait on an eviction to ensure quality medical care. You can see it throughout the show if you care to watch it somewhat carefully. That isn’t hard to do either, as it’s engaging and thoughtfully done.

I’ve been re-watching the show as I explore my relationship with two poles of my identity, and I as I continue to grapple with the white supremacy in the United States. You would think that watching a show about England wouldn’t help with that, but it has. It has become part of self-education based in learning about the stories of people who were not wealthy white men. In learning about people who never grew up the way I did, be it because of family dynamic, region, race, religious background or more, I regain faith in certain parts of humanity. In especially focusing on the lives of women, I’m in my own very small way honoring their sacrifices to keep things moving even in the worst of times.

Call the Midwife in its focus almost exclusively on the lives of women who gave their youth away working long, hard hours to ensure that all children were born to be as healthy as humanly possible reminds me of how much unremarked and important work women continue to do. Women’s work has never been visible, and it thus matters that we all praise the labor of women as it is frequently unpaid and seen as demeaning. If we continue to let it stay invisible by not raising each other up loudly and fiercely we cannot hope that people in power will ever notice what we have to say. It’s only one method for us to act on in order to combat the ugliness and oppression around us, but it’s one that is easy enough to do. Which is why I’m grateful for Call the Midwife, because it reminds me in a way to do better and be better.

Also, it’s got a really great queer relationship in it and the main characters are pretty anti-racist. So you should definitely go watch it.

4 comments on “My Love of Call the Midwife: Thinking about Women’s Stories”