Lights, runways, glamour-these are the words that typically come to mind when one thinks about ‘Fashion Week’. But what about appropriation, racism and privilege? Because those are just as prevalent but much less talked about.

Paris Fashion week is well and truly under way but it is the last of the Fall/Winter 2016 shows and soon it will be time to take stock of the buffet of designs put forth by some of the largest fashion houses in the industry. A younger me once delighted in watching beautiful models in beautiful gowns sashay up and down the runways but I simply can not condone passive consumption of these images anymore.

For those not in the industry, it is too easy to trivialize clothing and makeup in a way that we do not with sculptures or other forms that we have deemed ‘traditionally academic’. Perception of contemporary  fashion and makeup is an unexpected dichotomy. On the one hand, the haute couture designs that grace the pages of Vogue could be too niche and inaccessible to the general public. The fashion trends can seem incredibly transient, very fickle and certainly arbitrary. Who is to say why ‘Marsala’ was all the rage last year but this year it’s all about ‘Rose Quartz and ‘Serenity‘? A select group of people decide what is ‘in’ and what isn’t and fashion trends do not seem to follow any particular pattern. On the other hand, the clothing choices we make in our everyday lives seem mundane and not worthy of analysis. Furthermore, another common argument is that if someone wants to wear something that makes them feel good, who are we to judge them? In either case, makeup and fashion are seen as things that are purely aesthetic that cannot do harm, they are simply there. The very word ‘cosmetic’ is synonymous with superficial.

And it’s true-talking about Kim Kardashian’s sartorial choices are not going to impact the world in the same way that, say, research investigating a cure for cancer will. But it is meaningful in a different way.  By overlooking trends in makeup and fashion, we fail to realize that like most things fashion and makeup are a reflection of the society in which we live. That society is a product of our collective history and has profound implications for our future. What we deem as the “next hot trends” speak to our priorities, but more importantly what (and who) we DON’T prioritize.

Even within just the last year, we have seen trends of the minority ethnic groups exoticized and fetishized because they were on white bodies. I would argue that fashion, whether quotidian or haute couture, is the conscious creation of ourselves as the person we project to the world. What could possibly be more artistic? Does it take clothes being this explicit for us to see that clothes have power? What about the use of ‘slave’ as an adjective to describe a Dolce & Gobbana sandal? Or a set of earrings made from Aunt Jemima’s face?

I have often noticed in my own life that when someone critiques a fashion choice for being appropriative, they will  be swiftly reprimanded for being too sensitive because the perpetrator will often claim that ‘it doesn’t mean anything, it’s ‘just clothes’ or ‘just makeup’. There are those who will shut down conversations because fashion is just meant to be fun, not a serious topic and for goodness’ sake why are you bringing the race card into this again?

Fashion is fun, fashion is a great means for expression and can boost someone’s confidence. But why should this mean that we can not open the floor to critiquing fashion and make-up the way that we critique architecture or sculpture, when we see something problematic? Why should we restrict our conversations to those disciplines for the sole reason that they are more distant from our everyday lives?

To be clear, I am not advocating personal attacks or passing judgement on someone’s sartorial choices because they do not align themselves with your own tastes. I am also not to censor anyone’s ability to wear what they want because, technically that is their prerogative. Rather, I argue that we should be able to have nuanced academic conversations about clothes to contextualize them into both in terms of the history of race relations and as a reflection of larger societal problems. 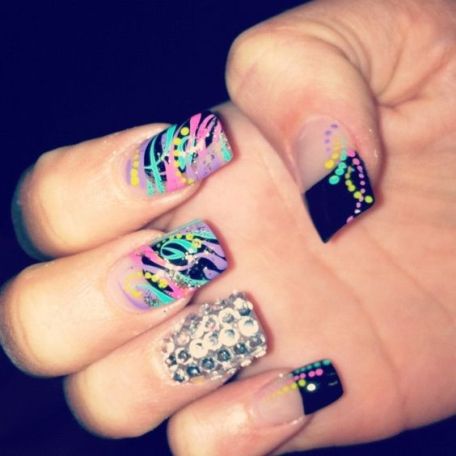 I wrote a piece earlier about how the 1920’s were the decade in which the ‘exotic’ styles of Africa, the near East and Asia were co-opted for the Art Deco aesthetic. For years, certain items of clothing and makeup have been co-opted for the sake of creating a ‘cool’ style rather than paying homage to the culture whence it came. Stripped of historical context, symbols, methods and items lose their significance to the wider population and become just another ‘object’ to adorn ourselves with. For example, the bindi is traditionally worn by Hindu women in the context of spiritual practice. It is comprised of the Pottu (a red vermillion dot) and a vertical marking called a tilak and together these are linked to a higher state of consciousness. The bindi was bizarrely popularized at the turn of the millenia when both Madonna and Gwen Stefani began wearing them as purely aesthetic adornment.

It is true that not all of the accoutrements that were initially used in religious contexts are limited by that definition today. But what about those for whom these objects have profound cultural meaning? What about those for whom an innovative technique was not deemed beautiful until put onto a body that was not theirs? This is an old problem that has yet to be resolved but sweeping it under the rug by refusing to talk about it is hugely counterproductive. And if not now, when? When would be a convenient time to talk about appropriation that has been occurring for decades and probably longer? The conversations should not be put on hold because a select few do not wish to consider an alternative perspective.

Not all is lost, my lovelies. There are those who are beginning this conversation by putting our construction of beauty into historical context, those who will not sit idle while appropriation runs rampant, those who would leave the industry to craft a new image. But without our attention, their efforts will not make it into the mainstream and their efforts will be for naught.

So, let’s change the conversation.