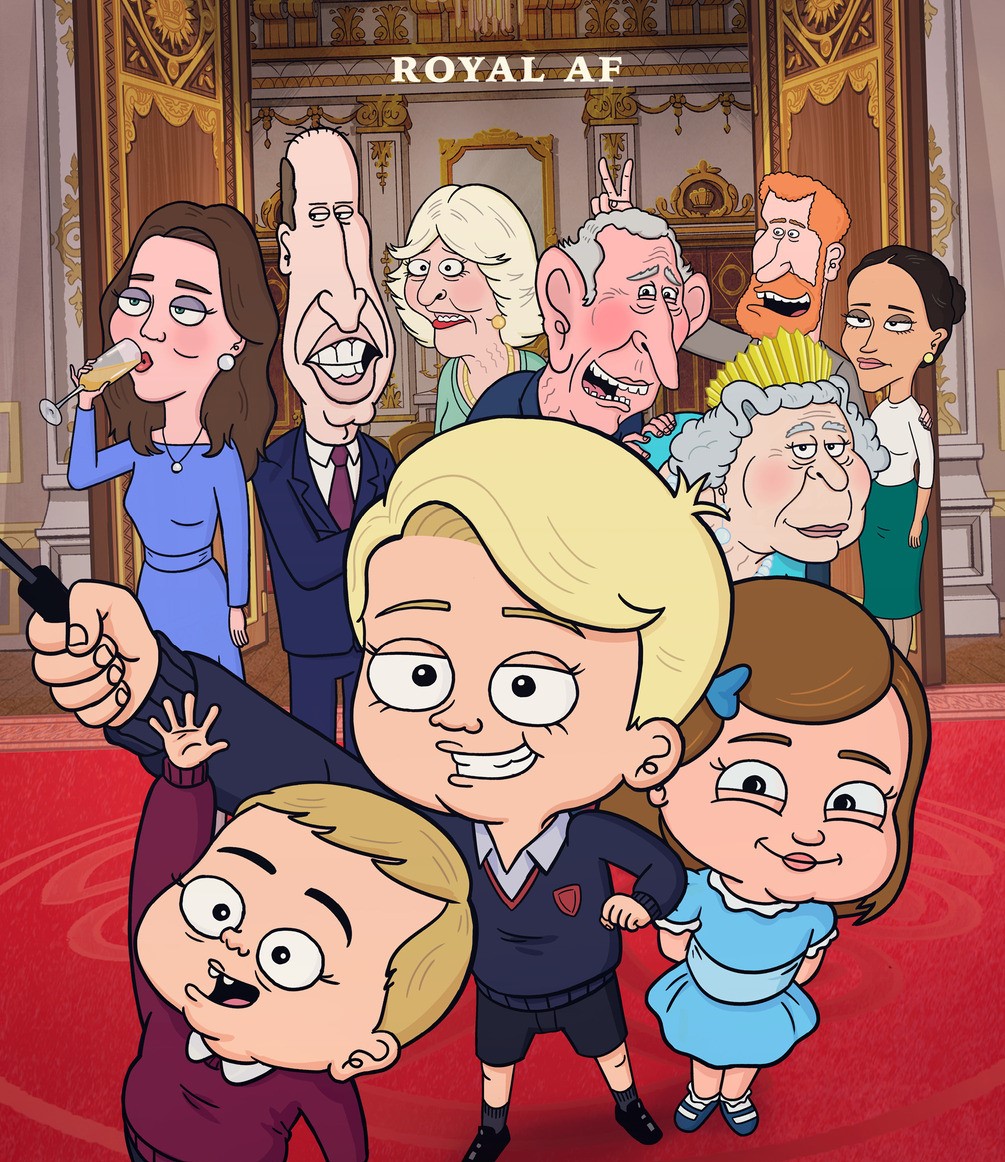 Written and Edited by Katie Constantine

If you have HBO Max, you may have noticed the new animated series, The Prince, pop up in your feed. The show, produced by Gary Janetti, is a satire focused on the British royal family. Even though it was released just two weeks ago, it has already garnered a myriad of controversy.

Normally, public figures, such as royal families, are deemed fair game for satirical content with very little objections from the general public. The Prince, however, has come under fire for focusing a good portion of it’s satire on Kate and Prince Williams’ three kids, Princess Charlotte, Prince Louis, and Prince George. Since they aren’t fictitious children, like Stewie from Family Guy, people claim that it’s bullying and cruel to poke fun at them. Others, including the voice actors behind the cartoon, make the argument that it’s all in good fun and the kids aren’t made out to be anything horrible.

Six-year-old Princess Charlotte is portrayed as someone who is hypnotised by a foreign country to work as a spy against the royal family. She is sweet one second and lethal the next. Three-year-old Prince Louis is characterized as a macho baby with a thick Stallone-esque accent. He is often shown as the bodyguard for Queen Elizabeth. Both of these characters are too far fetched to be considered even remotely close to who the children are in real life. The trouble really starts with Prince George’s character, who is the main focus of the show. He is shown as a spoiled child who only thinks of himself and takes everyone and everything else for granted. Since this character isn’t as improbable as the other two, if people took this seriously, it very well could be cause for concern. Still, it’s possible to make the argument that, because the other two siblings are obviously not rooted in reality, this one follows that same pattern. This goes for Prince Archie as well. While just a baby with no personality, no lines, and hardly depicted in the show, the running joke is that Prince Harry keeps forgetting who he is. This feels in poor taste, but speaks more to Prince Harry’s character, who is extremely naive and clueless about the world around him, than it does to baby Archie’s character.

It’s important to keep in mind that some of the famous voice actors behind this series know the royal family personally. Before the show was released, Orlando Bloom, who voices Prince Harry, told The Hollywood Reporter that he planned to chat about the show with the actual Prince William the next time they saw each other. Sophie Turner, the voice of Charlotte, spent time with Queen Elizabeth and Prince Phillip when they visited the Game of Thrones set. Powerful people often run in similar circles because they attend similar events, like high-profile fundraisers, so it wouldn’t be surprising if the people involved truly thought this show was all in good fun with their peers. Still, many note that it’s hypocritical for cast members, such as Sophie Turner, to demand privacy for their own kids, while being part of this show. It calls into question where the line is in the film and TV world, and who gets to establish it. If it’s the children’s parents, nobody in the royal family has criticized the show as of yet, but that could change.

When Meghan Markel and Prince Harry informed the public that Meghan was having an extremely difficult time, Janetti took note. He said he didn’t want to kick her while she was down, and clearly that mentality transferred to the show. She’s the only member of the royal family who is depicted as sane. She is the voice of reason and, although it pokes fun at her acting resume, it doesn’t distort her character. This shows that there is a line the show’s producers are not willing to cross, unlike in a lot of adult animated series, which often throw politically correctness out the window. It would be interesting to see how Janetti would adjust the satire if Kate and Prince William drew their own line by condemning the way Prince George is portrayed. But, while the public is clearly outraged, only time will tell if the parents themselves request, either publicly or privately, that the series take a different approach.